Prior to the establishment of Prince George’s County in 1696, prominent Roman Catholics had already settled there on large tracts of land, usually land grants. The Catholics’ spiritual needs were provided primarily by priests of the Society of Jesus. When Upper Marlboro was established as a port town in 1708, it quickly became a commercial, political and social center. John Carroll (1735-1815), the first Roman Catholic Bishop in the United States was born in Upper Marlboro. As Bishop, he laid the foundation for the growth of the Catholic Church in this country. By the time the Town was founded, public exercise of the Catholic faith had already been legally prohibited in Maryland. Out of respect for the traditional rights that were affixed to private property, colonial officials turned a blind eye when Catholic landowners ensured that the celebration of the Mass would continue by erecting “Mass-rooms” and “House-chapels” on their property. Situated on land granted to the Boone family in 1676, a chapel was maintained near present Rosaryville. This chapel served the Catholic community from Upper Marlboro to Piscataway and was the immediate forerunner of both St. Mary’s Church at Upper Marlboro and Most Holy Rosary Church at Rosaryville.

Cornerstone for the Original St. Mary’s Church was laid on June 4, 1824

Following the American Revolution, Catholics were once again free to worship publicly and churches began to spring up. Sometime early in the nineteenth century, the Catholics of Upper Marlboro, under the guidance of the Jesuits at White Marsh (Bowie), decided to build a church on a permanent site in the Town. The cornerstone for the original St. Mary’s Church was laid on June 4, 1824. Five years later the church was dedicated on April 5, 1829. It seated 450 people. The Jesuits continued to “attend” St. Mary’s at Marlboro from White Marsh until 1856 when the congregation was placed under the care of Dominicans. In addition to attending St. Mary’s, Father Nicolas Young, O.P., was responsible for the construction of Most Holy Rosary Church in what is now Rosaryville. The cornerstone was laid June 5, 1859. Most Holy Rosary remained a mission of St. Mary’s at Marlboro until 1966 when it became a parish of its own. The Dominicans surrendered their Marlboro mission to Carmelites in 1869. The Carmelites built a rectory for St. Mary’s, opened a novitiate, established the parish cemetery (Mt. Carmel), opened a school for “colored children” and attended to their missions at St. Mary’s at Piscataway, St. Ignatius at Oxon Hill, and Most Holy Rosary at Rosaryville. Struggles within the order, disagreements with the Archdiocese of Baltimore and the unhealthy climate caused them to give up their mission at St. Mary’s. The last of the congregations, orders, or societies of religious who ministered at Marlboro were the English missionaries, St. Joseph’s Society of the Sacred Heart for Foreign Missions, the Mill Hill Fathers; later reorganized as the Josephites. They arrived at St. Mary’s in 1875. Their primary mission was the evangelization of African Americans. They resumed responsibility of the missions attended by the Carmelites and continued the school for “colored children.” Once again, internal struggles with their order, the deadly climate, and their frustrations over dividing their ministry between black and white Catholics led them to also give up the mission at St. Mary’s in 1879, four years after their arrival. After their departure, the parish of St. Mary’s came under the responsibility of diocesan priests of the Archdiocese of Baltimore, some fifty years after the dedication of its first church.

St. Mary’s first Diocesan pastor was Rev. Desiderus de Wulf. He was assisted by Rev. Joseph Cunnane who succeeded Father de Wulf as pastor. It was Cunnane who gained permission from Cardinal James Gibbons to replace the 1824 church with a new one twice its size and dedicated to Bishop John Carroll. The present church was dedicated on May 28, 1899. Over the years, St. Mary’s missions included: St. Mary’s (Piscataway), Most Holy Rosary (Rosaryville), St. Anthony’s (North Beach) and, for a brief period, Mt. Calvary (Forestville). A parish school was established in 1925 under the administration of Rev. Francis J. Loughran who served as pastor for 42 years. Maryland was segregated at the time. Two Rosenwald-style school buildings behind the church close to the back fences served as the location for the white children. The following year (1926), a school for African-American children opened in the parish-owned Gibbons Hall on Main Street near the church. Gradual integration was accomplished by 1961. In 1967 the entire school was relocated to the present site on Largo Road. The school has always been staffed by the Sister Servants of the Immaculate Heart of Mary of Scranton, PA. Today, St. Mary of the Assumption is a parish of the Archdiocese of Washington, D.C. Revised May 21, 2014.

In 1846 construction on this house began. It stood next to the original, 1824, Church of St. Mary’s, Upper Marlboro. In the 1850s an addition to the North added a parlor and a bedroom. The Crandell family built the house and lived in it until they sold it to German immigrants, the Rothsteins, in 1858. The Rothsteins operated a bakery. Later, they sold the house to another German immigrant family, the Michels, in 1896. The house passed to the daughter of the Michels, Marie Ridgely, in 1916. Marie lived here until 1976. The house stood vacant from then until now.  In 1994, the house was acquired by the Maryland National Capital Parks and Planning Commission. Apart from stabilizing the structure, the MNCPPC did now know what to do with the property. In 2004, the Town of Upper Marlboro acted as an intermediary to convey the house to the Archdiocese of Washington for the use of St. Mary of the Assumption Parish.

Construction of the rectory was delayed while a new gymnasium and Family Life Center were built on the school property. In July of 2017, work began to demolish the interior of the house to allow for a new house to be built while preserving the historic façade and sides of the house. 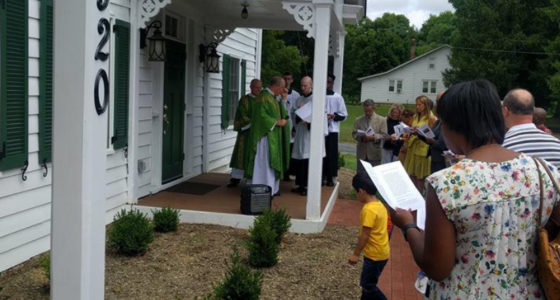 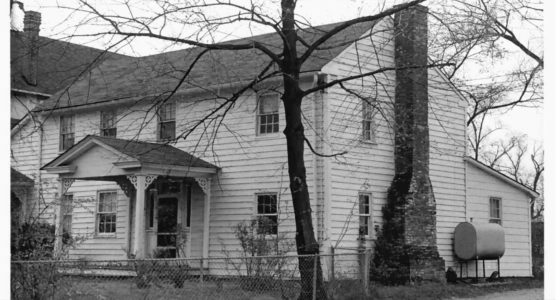 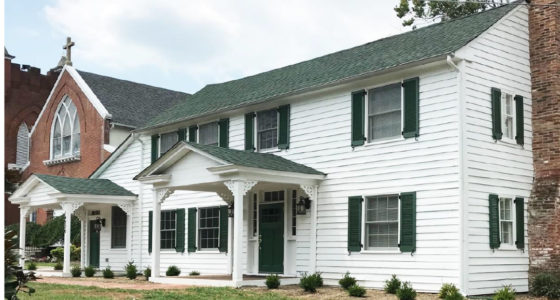 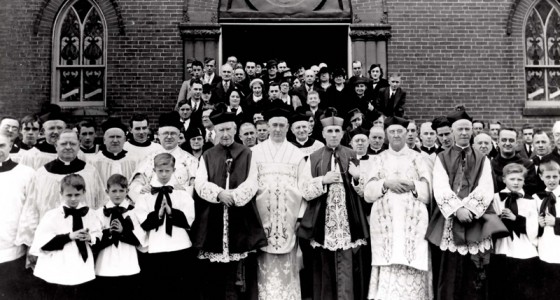 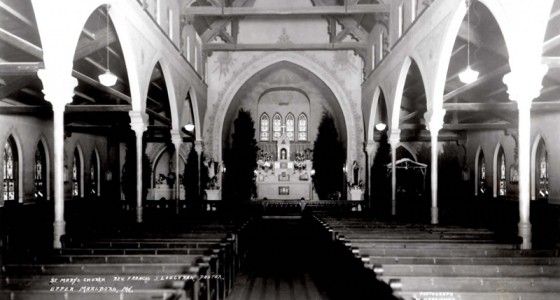 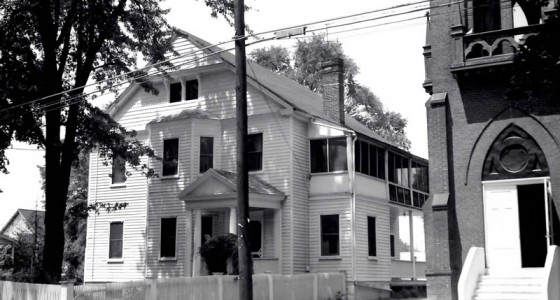 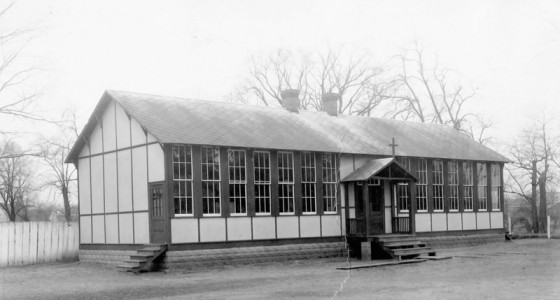 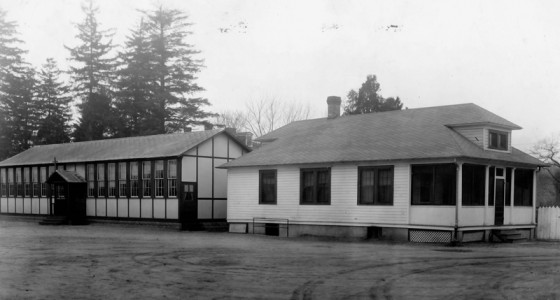